The Dark Side of Procrastination 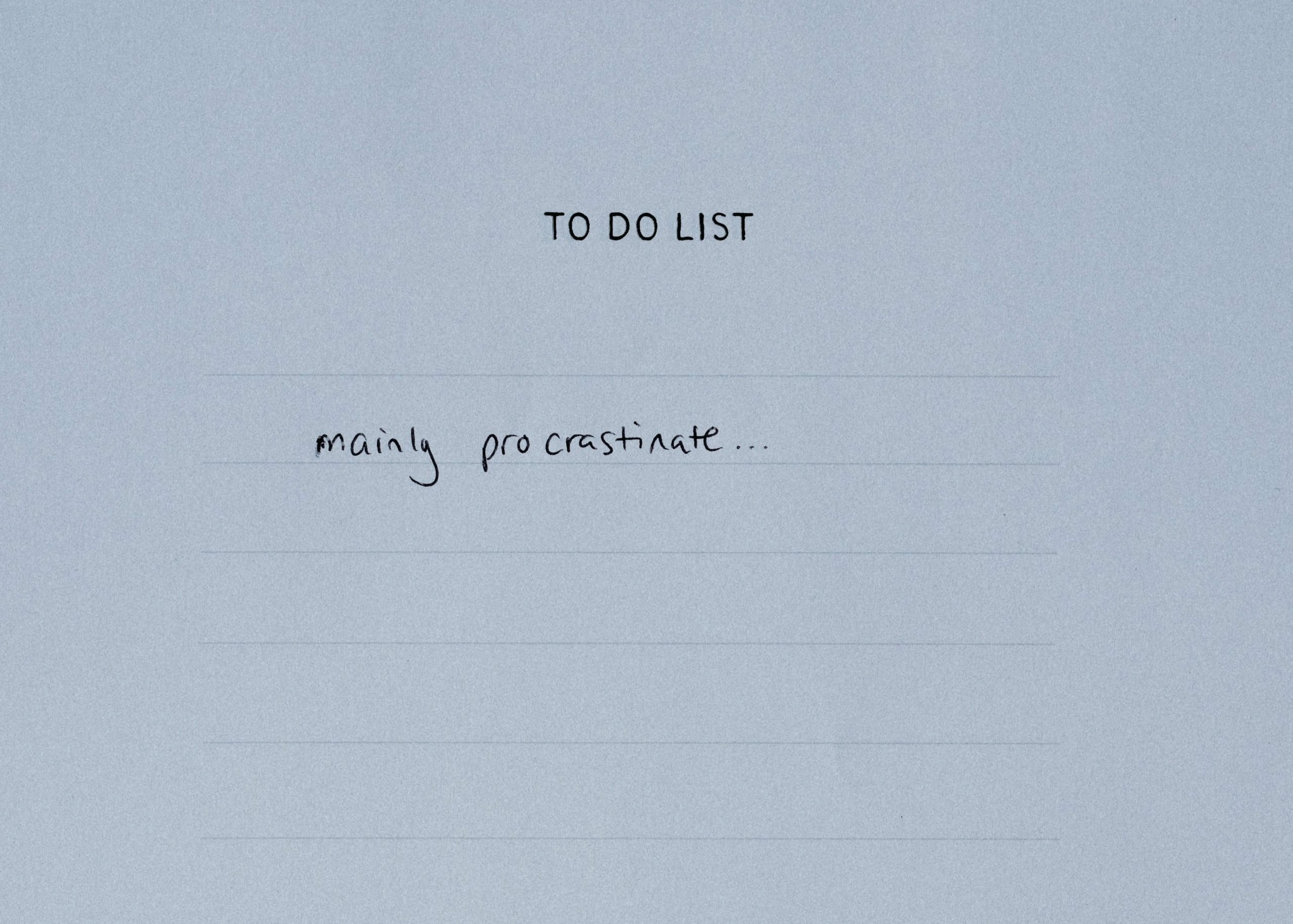 Are you surfing social media when you blocked time on your calendar to get started on that looming work project? Are you bored while watching Netflix but still can’t get yourself to go to bed on time as you promised yourself? Are you cleaning the house instead of writing the blog you know you should be doing (yes; this is me)?

If any of this sounds like you, it is called procrastinating. Sure, we all do it. In some cases, it’s not such a bad thing especially if it’s provoking thoughtfulness, which I wrote about in Procrastinate Your Way to Effectiveness, which is why I love to procrastinate. Use caution, however, as there can be a dark side to it.

If it’s hindering your progress, creating feelings of guilt or shame, or causing panic that freezes or overwhelms you, it might be time for an intervention.

To know what approach to take, it helps to know the drivers behind procrastination. This is a super simplistic overview:

When is procrastination bad?

Procrastination is bad if you’re persistently putting important work off and instead, doing tasks that are easier or enjoyable but that don’t need to get done, or at least not at that moment.

If you give in to the impulses, there are often feelings of guilt or even shame. Tim Urban describes this as “The dark playground” in his Ted Talk because it is an unearned play you feel guilty about.

This can lead to further unproductiveness because you feel bad about yourself and beat yourself up, which is demotivating. This induces a downward spiral, making it even more challenging to find motivation, and a negative self-reinforcing prophecy ensues.

Resistance is Futile (aka Beating yourself up is not the solution)

Even if you’re not a Star Trek fan, you know that fighting procrastination is futile, until right before the deadline; that’s how procrastination works. If you don’t have a real deadline, then you’re likely in trouble. You might hate this process but resisting it doesn’t work very well; you need to go deeper.

Instead, pay attention to the why behind the avoidance. Ask yourself these questions:

Depending on how you responded to the above questions, your procrastination remedy will be a bit different.

If you’re overwhelmed, then break the task down into parts. Focus on the very first step (that’s it). Once done, you can identify the very next step (no further). Continue one step at a time. Often, breaking down projects into smaller easier tasks is enough to alleviate feeling overwhelmed because you just created a doable plan.

Instead of setting a deadline, set a start date and block time on your calendar. Focus only on the next step (not the entire project) during that time and when that step is done, stop (that’s your reward for getting that step done). Do this process until the project is done.

Afraid of failing, looking stupid, or having some negative impact

If you’re avoiding because you’re not sure you’ll do a good job, this often reflects a need for perfectionism or possibly a fear of getting it wrong. This may seem counter-intuitive, meaning if you want to do it well, then leave yourself more time. If you’re tight on time, however, there’s no way the task can be done to your unreasonably high standards. Consequently, procrastination is the chosen solution.

Acknowledging the fear is the first step. When you state it aloud (or write it down) you’re moving it from the emotional part of your brain so the rational system can be engaged. The feeling of fear may not completely go away, but you can use more pragmatic beliefs. For example, when your fear of failure tells you to not get started to avoid failure, your rational side can respond by understanding that not getting started will mean missing a deadline and that may actually be worse and have more of a negative impact.

If you’re dreading the work, can it be delegated? Or even better, perhaps it doesn’t need to be done at all. I used to put To-Dos on my list just because it sounded good in the moment, without much scrutiny of how it aligned with my other priorities and goals. It would sit on my list for a very long time, and I’d start to have anxiety thinking I needed to do it. It was just a “Nice To-Do when I have all the time in the world,” but it wasn’t an actual priority when compared to other projects. Now I have a habit of purging my To-Do list or at least looking at it with some discernment (even if I’m not willing to take it off the list just yet, I put it much lower on the list).

If you can’t delegate and you must accomplish a task, then give yourself a start date, put it on the calendar, and only start working on it for a very short time- 10 minutes (even if you know it’ll take longer). Do this a couple of times. You’ll either find it’s not nearly as bad as you thought, and you’ll knock it out. Or, you’ll only have to endure the task for a few minutes at a time until it’s eventually done. I have confidence that you’re able to endure a few minutes of miserable work at a time!

If the above doesn’t solve your procrastination, try out the tips and tricks below. Keep notes of what works in what situation and keep playing with new strategies.

The most important tip is last: develop a belief in your ability to successfully overcome your procrastination. Creating and practicing an anti-procrastination mindset is critical.

If you want help developing a more effective and productive way of working or want a thought partner, I’m here for you.