Leadership: Being a Great Leader Begins Within 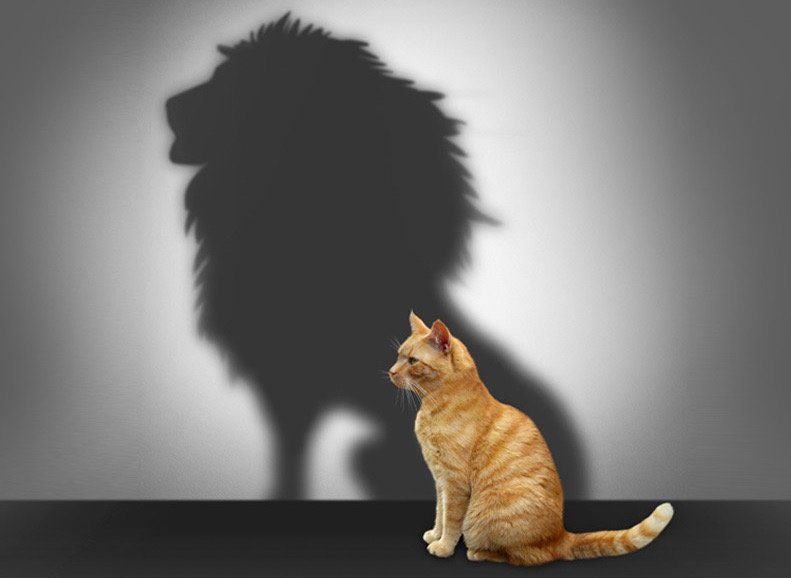 So many of my clients come to me wanting to improve their leadership skills, wanting to be inspiring leaders who can easily motivate their team. They desire to be supportive mentors and to show up as the leader everyone wants to work with. This type of desire from my clients is one of the reasons I love my job so much.

The sad part is, when we start digging into what this looks like in the moment, or on a day or weekly basis, it’s not all that clear. All too frequently, we don’t have examples of positive role models, especially since the media likes to focus more on poor leadership such as here and here. At least these examples articles provide us with examples of what not to do.

This begs the question, if you’ve never experienced great leadership, do you know how to become a great leader?

I believe you can, but there is a catch; you’re going to have to look deep inside, not around, to find the inspiration.

If you’re not currently in a leadership role, think again, because everyone has the capacity to lead. The most productive and creative organizations are those that have a commitment to leadership at every level.

Leadership is an inside job

Leadership is not the external experience you may think. It’s not something you do just when interacting with others or how you treat your team. It’s how you show up for yourself. Oftentimes, this can be the biggest blocker for women; preventing you from being the leader you want to be.

If you tend to want to please or oblige others, or if you have a bit of perfectionism going on, this can result in you putting your needs well behind everyone and everything else, hindering you.

Accept yourself and take responsibility

We all share the responsibility for the experience around us. Your sense of personal power and fulfillment is directly commensurate with the level of ownership you’re able to take for what happens around you (but not too much ownership, which I’ll cover later).

The first step is to fully accept yourself. Accepting that you are human, both unique and brilliant as well as imperfect. Yes, even accepting your imperfection, which means not hiding it. This is the hard part, as I know you want to show up as the best version of yourself… all the time. But let’s be real, no one- NO ONE- can do this, as it’s exhausting. Being human means also being messy.

If you have a bit of impostor syndrome, then you’ll need to work on letting go of limiting beliefs and nourish your self-acceptance. No longer try to fix yourself, but instead learn to grow and expand, not perfect.

Knowing yourself well, your values, what’s important to you and motivates you – what gives you energy and engages you. This is all necessary for you, as a leader to fully show up with integrity. William Deresiewicz, in a speech at West Point, shares so clearly why it’s imperative that you know yourself and where you stand in order to be a true leader.

Billy, Don’t Be a Hero: Take responsibility, but not too much

Leaders are those who are responsible for their world. However, if you think being a leader is all about personal sacrifice, giving up yourself for others, then you’ve got it all twisted.

If you take on more than your share of the responsibility or not enough, then you’re playing into the Drama Triangle. Psychologist Dr. Stephen Karpman describes, in A Game Free Life, the dysfunctional roles in the drama triangle: the victim (damsel in distress), villain (persecutor), and hero (rescuer).

The victim believes she is innocent and doesn’t take responsibility. She feels powerless and might withdraw or freeze. The victim is complaining but not doing anything about the situation.

The villain tries to control or deprive, often using fear. She uses blame and criticism, either towards others or to beat herself up. The villain is aggressive, even if it’s passive aggressive. Often the actions are similar to a hero’s actions, but our judgment determines if a person is a hero or a villain. A villain is simply a misunderstood hero.

The hero tries to protect and defend or even the score. She is typically seen as courageous in action and selfless, by taking risks despite discomfort or fear. The hero burdens herself with more of the responsibility than is appropriate, often to save the victim. This is the dark side, as righteousness soon becomes self-righteousness. In the name of “justice” the hero captures or slays the villain. If you agree with the hero’s cause, then her aggressive behavior is justified because the villain “had it coming.”

You are likely prone to taking on one of these roles, often it is believed that leaders are supposed to be a hero. It is common to bounce between all three. You move from wounded, vulnerable victims to manipulative, aggressive persecutors (who fear being victimized and so attack) to martyrs.

You will not be perfect, and you will eventually succumb to the drama triangle. A leader knows herself, understands her tendency and has tools and techniques to mitigate or stop the role from taking over.

Shift from Drama to Being Present

Conscious Leadership Group explains getting out of the drama triangle is about getting into the present.

Villains are in the past with blame. Victims are fearful of the future. Heroes are creating a system, so they are always needed to save the day.

It’s common for leaders to show up as the hero, but being a hero is not being a leader. It’s not empowering to those you “save” for you to believe they would not be successful without you stepping in. That is creating co-dependence. You are basically training them to rely on you so everyone is hindered by your expertise.

Be aware of your focus. If you believe that people are broken and in need of fixing, they will likely perform to that low expectation. If you view people as generally creative and resourceful, it’s more likely that you will find those qualities in others.

If you tend to show up as a hero, shift to coaching. Coaching is about discovery, being curious and asking lots of open-ended questions. This allows room for other’s creativity to come forward, so the best solution can be found. This motivates and empowers employees, while at the same time, offers them opportunities to develop their skills for success.

Where are you on your leadership journey? Do you have the self-awareness to know how you show up for yourself and others? What are your tendencies, and do you have the tools to work through them?

If you need help showing up as the best version of yourself so you can be the leader you dream of being, I’m here for you.

« Diversity and Inclusion: Let’s lean in together; here’s how.
Be Your Own Career Coach »